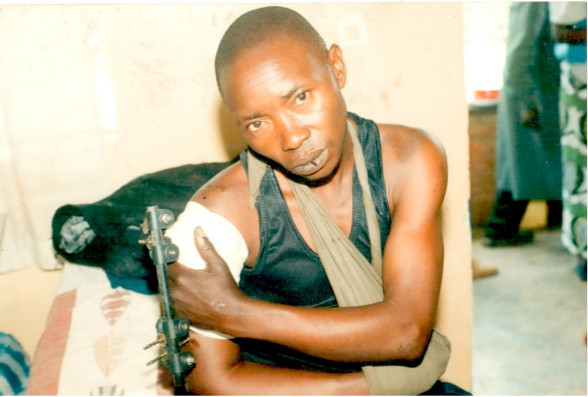 Posted at 12:40h in Park Rangers, Stories by Murray

This is Kwitonda, he is a fellow ranger who has worked with Jean Pierre in the field. Kwitonda was transferred to Kahuzi Biega National Park in 2011 where he was appointed as Chief Patrol. In 2012 he was caught in an ambush by Mai Mai rebels, during heavy bullet exchange the park rangers’ team ran out of bullets and was obliged to pull out. Kwitonda was giving cover to protect the team when the rebels turned their aim in his direction and he was shot in the arm. With only an empty gun, Kwitonda was lucky to escape. He was eventually rescued and taken to the hospital. He is doing well now and is helping to provide simple services at the rangers’ office.