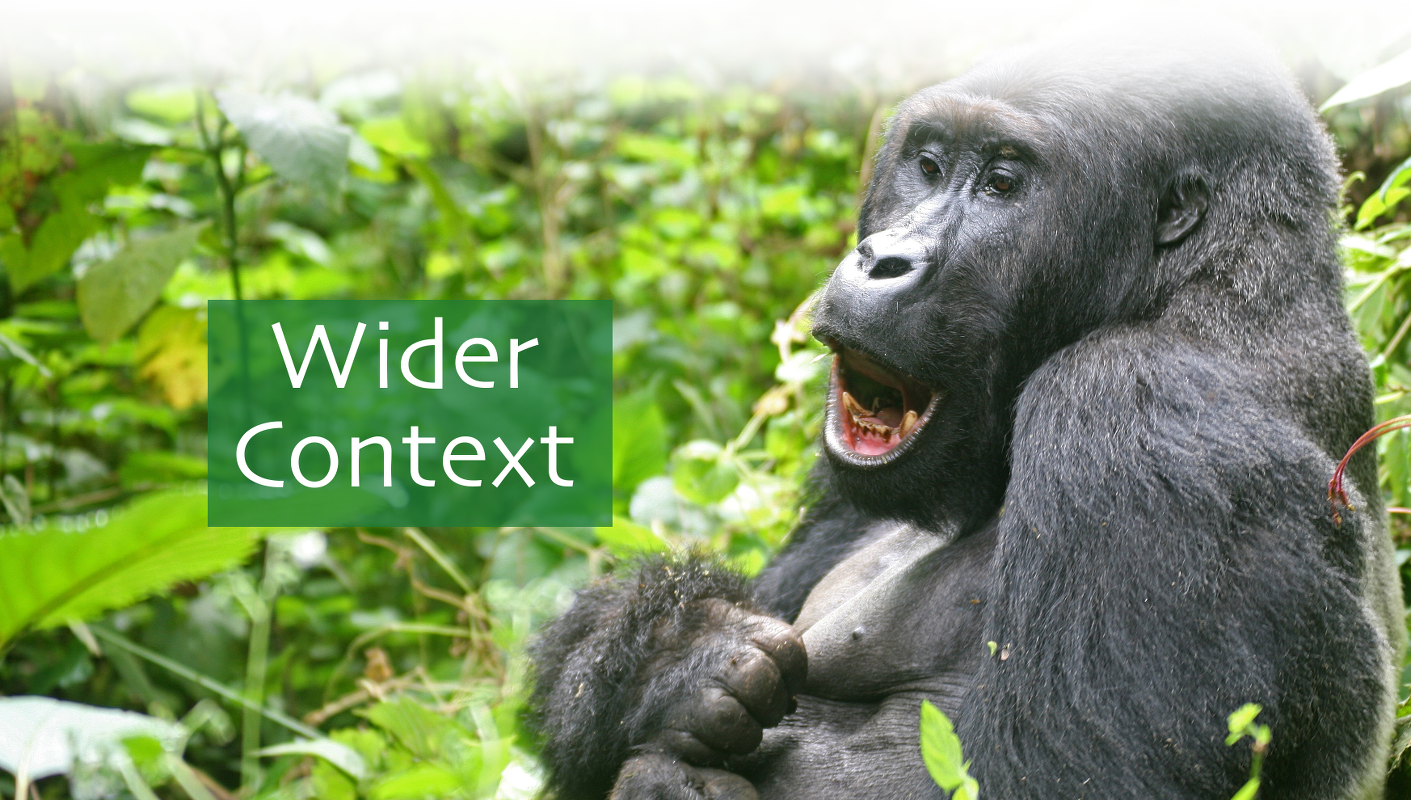 Working in partnership with charities and donors, we seek to identify and gain funds which are transferred to PRWOP for the continuation of its work and development. The project is run locally by the project manager, Chief Park Ranger Jean Pierre Jobogo Mirindi, and has been in operation for a number of years receiving support from various funders. We share a vision of hope and success with our partners, whilst being aware of the need for gradual development and realistic goals in order to achieve short and long term success.

The general aim of PRWOP is to provide a means towards establishing independent livelihoods for the widows of Park Rangers who lost their lives in work related incidents; and access to primary school education for their orphaned children. Jean Pierre Jobogo Mirindi, the Project Manager, is based in DRC and oversees and delivers the project’s work supported by the Scottish based charity Renew SCIO and other independent providers.

Various project streams have been initiated over the project’s development. The streams are designed to deliver achievable, sustainable outcomes for the women and children. To date these have included: sewing initiatives, catering, livestock rearing, milling, basic business skills training, access to primary school for the younger children and vocational training for young adults. The delivery of the project includes provision of goods, materials, training and support for the women and school fees, uniforms, school bags and books for the children. The project sources all supplies locally where possible and engages with local training providers and professional expertise such as veterinary support for livestock.

Development streams under consideration include: oil pressing, mushroom agriculture, agroforestry and knowledge and skill share excursions to similar successful enterprises in neighbouring regions. The women are encouraged to form cooperatives in their area where possible, nominating a spokesperson and sharing responsibility for decision making. It is hoped that successful cooperatives will eventually be able to register as associations in their own right.

The primary beneficiaries are the widows of park rangers and their children. Numbers of women and children in need currently exceeds the reach of the project so support is determined by location, which project stream is selected and the size of the funding grant. An indication of how many people receive assistance is estimated in the project cost break down. In each instance, enabling the widows and orphans to find independent means of livelihood and access to education also brings benefits to the community in which they reside, promoting social cohesion and income generation.

The project is managed onsite by the Project Manager with support from assistants as required. The charity Renew SCIO works directly with the Project Manager to support the planning, delivery and reporting process. Monitoring is an ongoing activity tracking the outcome of the project’s work. Written reports are required against funding grants once the project has been delivered with evidence of how the funds have been utilized. Renew SCIO also reports to OSCR, the Scottish charity regulator, on an annual basis in compliance with their regulations.

Through the continued partnership between Renew SCIO and PRWOP we are supporting individuals and communities in short and long term sustainable endeavours and acknowledging the vital but dangerous work of Park Rangers in protecting wildlife and nature reserves.

Despite the country’s potential economic earning power from an immeasurable wealth of natural resources, the life of the majority of the Congolese population is poverty stricken. More than 60% of the population live in rural areas, and although 80% of the population are involved in agriculture, food security remains a national problem. Lack of adequate education has produced a current illiteracy rate of 65%. It is reported that one thousand people are dying every day due to violence, displacement, poverty, malnutrition and disease, contributed to by the lack of adequate infrastructure, bad governance, corruption, social injustice, gender inequality and conflict of interests. For more information visit https://www.easterncongo.org/about-drc/history-of-the-conflict

In stark contrast to the human conflict but intricately bound with it, exists the stunning natural environment and the wildlife that inhabit the national parks. Virunga National Park forms a long corridor in the east of DRC and includes the North West corner of Rwanda, the south west corner of Uganda and the Ruwenzori Mountains, the ‘Mountains of the Moon’. It is the most varied natural region on the African continent, and one of the top three most ecologically diverse areas in the world.

It is home to two of the world’s most active volcanoes, Mount Nyiragongo and Mount Nyamulagira; along with the mountain range that boasts the only glaciers in Africa, the extraordinary grasslands of the Rwindi plains, Lake Edward and, most famously, the largest remaining population of the highly endangered mountain gorillas.

In 1979, Virunga NP was declared a World Heritage site by UNESCO. By 1994 this status became endangered as a result of the influx of an estimated one million or so Rwandan refugees after the Rwandan genocide.

In 2001, on Mount Tshiaberimu, a new group of gorillas were found and believed to be a new sub-species. Numerous international groups have devoted both time and money, along with the local population, to protect the gorillas during the worst outbreaks of violence, risking their own lives in the hope that tourists would return. At this time, tourism is highly restricted for security reasons but the possibilities are there should the region achieve stability. If this were to occur, the development of that industry would benefit both the local communities and the survival of the wildlife.