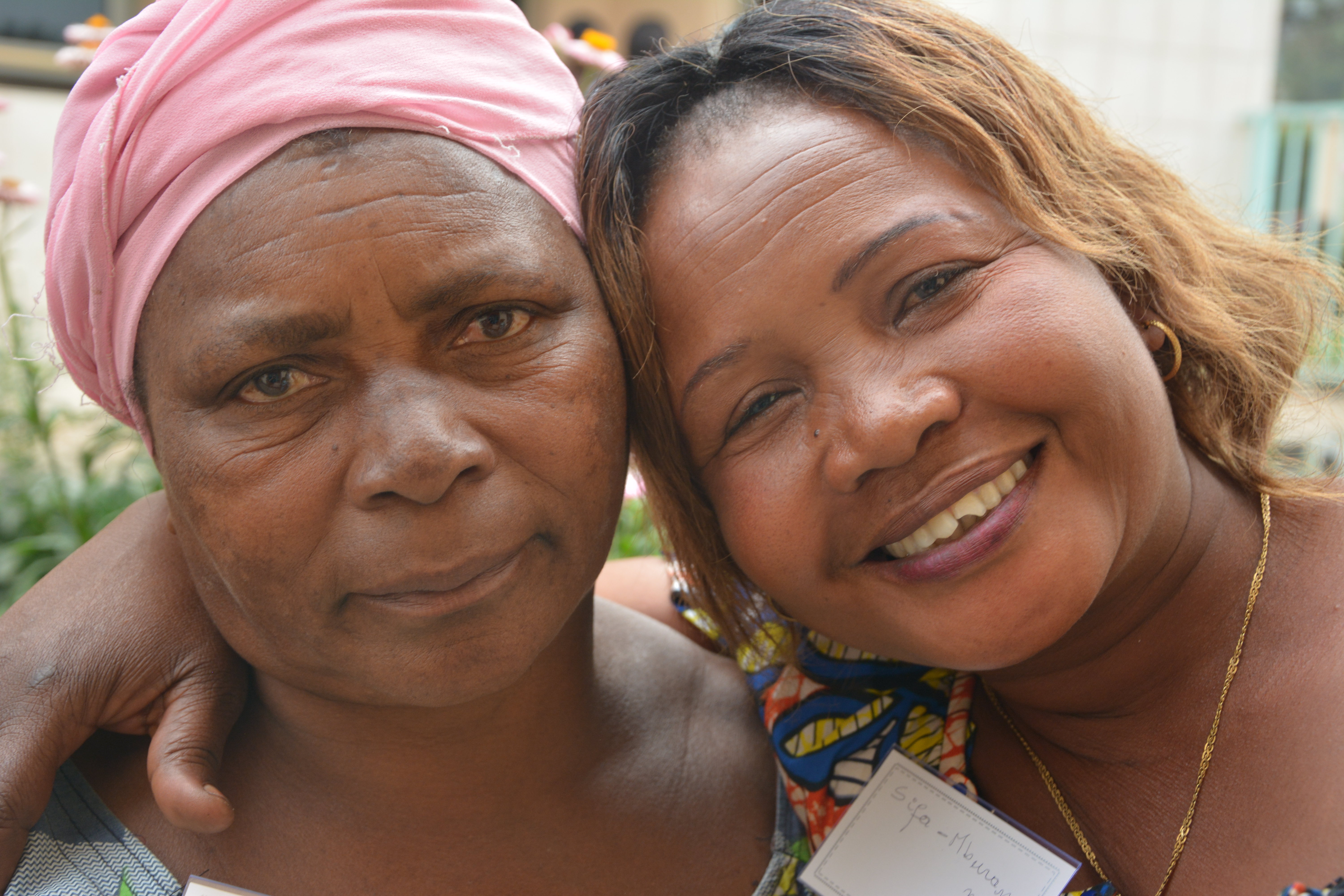 A message from members of the Widows Committee

“We are a group of widows who have come together under the Park Rangers Widows and Orphans Project (PRWOP). We come from different villages around Virunga and Kahuzi Biega National Parks in the Eastern Democratic Republic of Congo (DRC), including Kavumu, Kafulumaye, Miti, Kajeje, Goma, Kiwanja, Rutshuru, Bunagana, Kanyabayonga, Kibirizi, Vitshumbi, Nyamilima, Kayna, Ishasha and Nyakakoma.

Our partners were killed in the course of duty while protecting Congolese wildlife and natural heritage. Most were killed drastically, through torture, others were shot by armed poachers in the park and some were kidnapped in the bush and their bodies have never been recovered. Some of us were raped by rebels.

Although we can not bring back our partners alive, we commit ourselves to look after the orphans left behind and prepare them for the future. Through the project we have received training for milling and sewing machines. We make clothes including school uniforms and African dresses that we sell to gain a small income. Individually, we were each given a pair of goats for domestication at home. After a goat has reproduced a young, we give the young to another widow and so on. Together, we are also sharing ideas to build new projects to implement, such as planting trees.

Today we celebrate International Woman’s Day and share our sympathy with raped women across DRC. It is an opportunity for us to pray for justice in our country, for all crimes to women and children and especially our partners killed while protecting the gorillas, rhinos, elephants and others precious species that deserve protection.

It is also an opportunity to share and encourage rural women for their work and the role they play in preserving our environment. We share with other rural women with whom we are united through agriculture and other domestic works that need our inputs and invite all to give a special attention to our forests and to save the environment.

We also give a special thanks to the donors, volunteers and friends, Renew SCIO in Scotland and to Keiser, Mantero, Loriod and all school girls and boys that have contributed to help our orphans at school.”

Happy Women’s Day to All!